Tahmoor Coking Mine is an underground coal mining operation situated in the Southern Highlands Region of New South Wales, that is located just south of the Tahmoor township and approximately 75km south west of Sydney. Tahmoor Coking Mine operates in the Bulli coal seam, with the majority of its product being hard coking coal while also producing small amounts of a speciality blend coal. The coking coal, used for steel making is Australian domestic, European and Asian markets.

The primary method of coal extraction at the Tahmoor Coking Mine until 1987 was Bord and Pillar mining, after which longwall mining was introduced. The majority of coal is now extracted from the mine using the longwall mining system, with a much smaller part coming from the mine development. The CHPP is able to process 650 tonnes per hour and separates the coal into the higher quality coking blend and lesser quality steaming blend, while removing rock and other foreign materials through many screening and cyclonic processes.

The Tahmoor Coking Mine currently has development consent to produce up to 3 million tonnes Run of Mine (ROM) coal per annum. 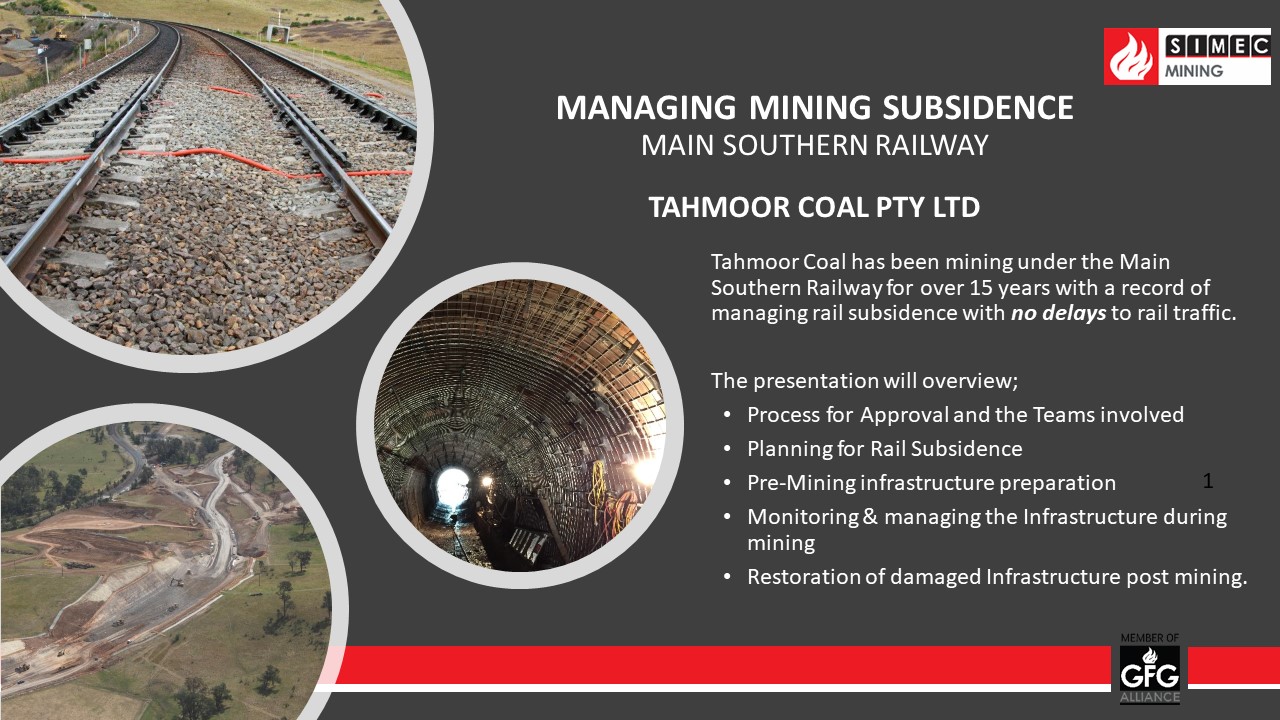 Sponsorship opportunities for the Technical Meetings are opened and sought from the AGM in August each year. Alternatively companies can make a nomination to sponsor a meeting by emailing the PWI meetings sub-committee on meetings@pwinsw.org.au